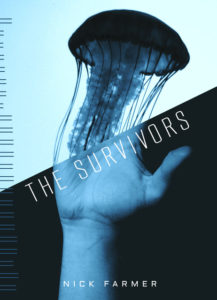 The Survivors: A Novella

The world has changed. So have the Survivors.

When Daniel wakes up from a disease he never knew he had, he finds a nearly empty New York City, inhabited by a small number of people, who, like him, were infected, yet lived. They are biologically immortal, yet as carriers of the deadliest pathogen in human history, they are feared and reviled by their uninfected neighbors. Under constant threat of attack, Daniel and this new community are looking for answers about what happened, and why.

Praise for The Survivors:

“A bite-sized conceptual gem. What a little shift of point-of-view can do.” -Jane Espenson, writer and producer of Buffy the Vampire Slayer, Battlestar Galactica and Once Upon a Time.

“A novelette that channels 28 Days Later, The Survivors is packed with action, intrigue, and social allegory. You’ll blaze through it in an hour and find yourself pondering the questions it poses long after turning the final page. Keep an eye on Nick Farmer, I can’t wait to read whatever he dreams up next.” -Eliot Peper, author of Bandwidth and Neon Fever Dream

“Farmer masterfully paints a landscape of misery and despair. The action moves at the right pace, and the characters are believable and engaging. Go pick up a copy of The Survivors. It’s a quick read that will leave you wanting more.” –BeLinda Nichols, Nayah Sci-Fi

“The Survivors is a clever viral outbreak story that takes a unique, layered point of view on survival of the fittest. On the surface there’s a straightforward tale of post-apocalyptic existence at play, but there is also a lot between the lines about transhumanism, genetic modification, living rather than just being alive, fear motivating division motivating hatred, etc. It’s a great story, and the novelette form is the perfect length for it to unfold.” -Kevin Kelsey, Heradas Review

“A special take on the zombie genre with great world-building that really considers its science carefully. Plus good, relevant social allegory, if you’re into that sort of thing.” -Christopher Peterson, decipherSciFi 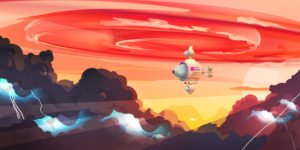 The Venusian: A Short Story

NASA. SpaceX. The space industrial complex, if there is such a thing, is laser focused on Mars. But much closer to Earth and with a more habitable atmosphere lies another option — Venus.

Taken as a child from a world that knows nothing beyond the Stone Age, warped by genetic engineering, compelled to slaughter against his will: Oth is the perfect killing machine, enslaved by cruel masters for dark purpose. But now, he is free…

Liberator is an ongoing serialized work, available only on Bound. Bound brings great storytelling to time-constrained fiction fans in a compelling new mobile format. The free app, available for iOS with an Android version coming soon, combines prose, art, and audio with community features in geeky genres ranging from sci-fi and fantasy to thrillers.